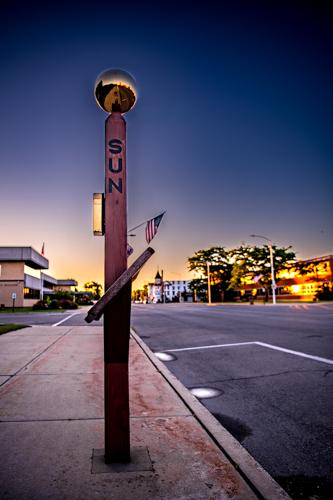 Escanaba's Walk Of The Planets one of the few walkable, full-scale version condensed recreations of the Solar System, condensed into the 18 blocks of downtown.

Starting in front of Escanaba City Hall, astronomy buffs of all ages can boldly walk westward along Ludington Street thru the heart of downtown, visiting the exact marking points of the planets of the Solar System with great places to stop for a break on your inter-planetary downtown adventure, with shopping, food and the city’s landmarks near every planet.

The journey begins in front of Escanaba City Hall, the center of the gravitation pull of power and life in Escanaba over many generations…..

The 1000 foot circle surrounding this starting point is the original city, close to the port of Escanaba, near the Sand Point lighthouse. No matter how far Escanaba expands westward, this will always be the place it all started.

Things to do and see near The Sun Mercury, Venus, Earth and Mars all within a few dozen “steps" from each other in their orbital circle. Understanding the vastness of space starts with and understand of the short distances between these first four "stones from the sun".

The short orbit of Mercury, closest to the Sun means its “year” is only 88 days long. Mars, the most distant inner planets year is 687 days, just less that double of an Earth year.

Things to do around The Inner Planets: 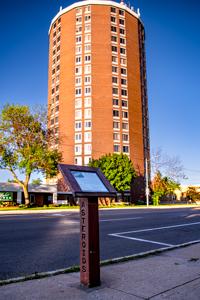 As you leave the inner planets and weave thru the asteroids, it’s impossible to not notice the tallest building in the Upper Peninsula: the 18 stories tall Harbor Tower, a modern (and tall) twist in the architecture of Escanaba, built in 1970. Its blinking light sits nearly 200 feet in the air, Escanaba’s modern day lighthouse.

The first planet in the outer solar system is Jupiter, located in front of the original Escanaba Post Office, built at start of the boom years of the early 1900’s. 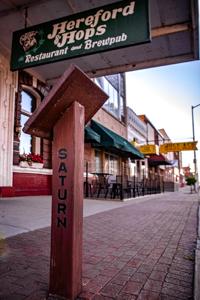 Is your astrological interest colliding with your gastronomical needs? Excellent food (and Escanaba’s best beer) can be found at Hereford and Hops Brewpub and Steakhouse.

H&H refurbished this old landmark into one of the first Brewpubs in the state of Michigan in 1989, relaunching the traditions of beer making in Escanaba. With their own fine beers on tap, great steaks and a Mongolian BBQ, Hereford & Hops is just as grand as the most beautiful planet which is sits in front of.

A single year in Saturn is 29 earth YEARS.

Saturn: What To See

Interesting fact? Uranus has 26 moons. in orbit around this planet is the heart of historic downtown Escanaba, with locally owned shops and restaurants. 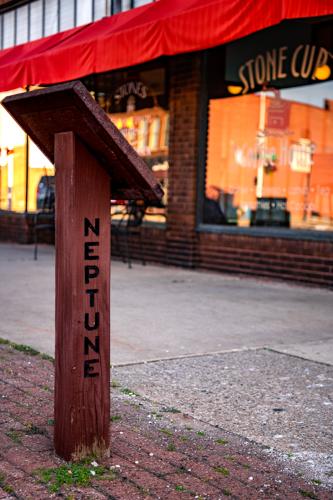 Neptune (Escanaba’s “mid-town”) has always been the home to the locally owned bars and pubs. Today, the South City Pub and Cat Man Do’s carry forward the area’s nightlife traditions, with the U.P.’s

"Jabba The Hut’s” discussing the Escanaba Universe while having a custom made cocktails with friends.

Stones Coffeeshop is a great place for lunch. Located in one of Escanaba’s original haberdasheries, Stone’s has great coffee, latte’s, muffins and sandwiches. This historic building

A year in Neptune 164 earth YEARS!

The day-life and the night-life….. of Neptune

(the last planet of our solar system! (some would debate as to IF it is a planet)

The old meets the new, here at the edge of the solar system. 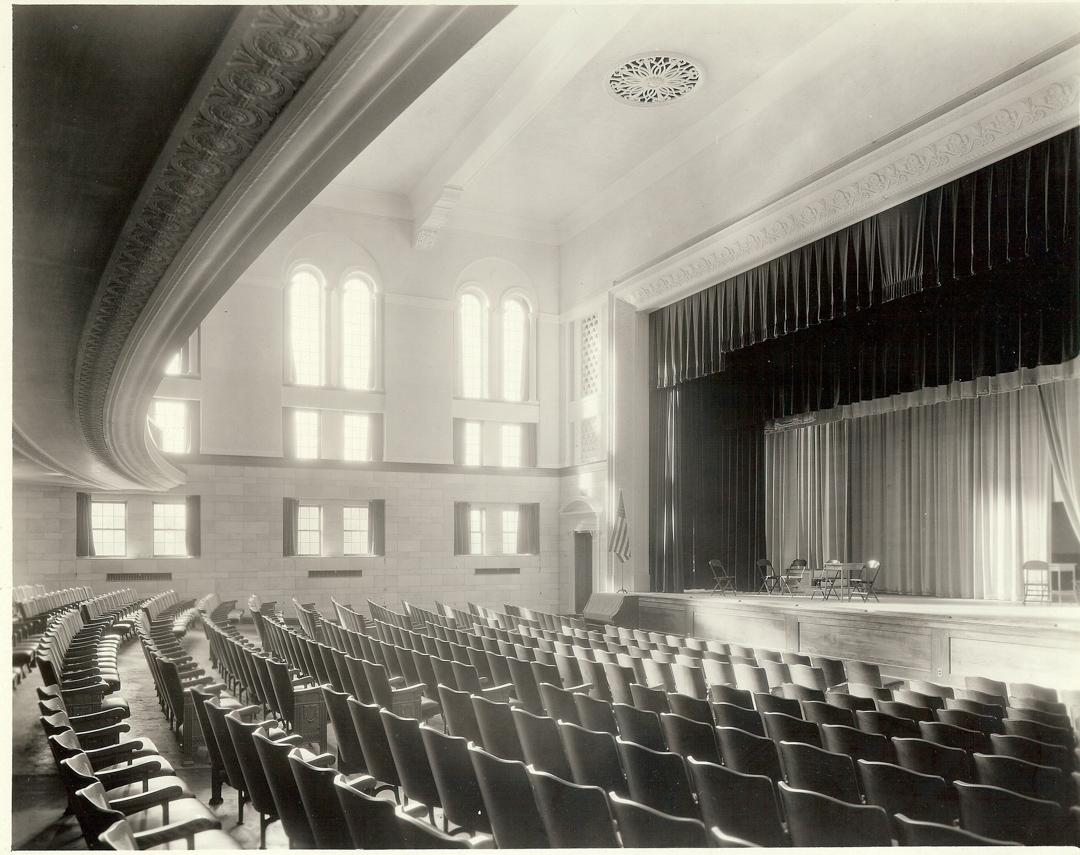 The brand new downtown marketplace is the home of Escanaba Farmers Market, a tradition that has been taking place for over a century. It’s a perfect place to get healthy and delicious locally grown fresh produce, directly from the farms, home made baked goods, jams and GMO-free meats.

Muellers Pizza was Escanaba’s FIRST pizza restaurant, built in the 1960’s. This classic small, locally owned late night landmark is like stepping back to another era.

Interesting fact: Pluto is only half the size of Earth’s Moon.

VOYAGER: THE CROSSROADS OF THE U.P.

The conclusion to our adventure sits at the edge of downtown Escanaba: the location of where the Voyager Space Craft was in 2002, drifting far away from the gravitational pull of the sun, as it ventured off into the void of space.

Walk Of The Planets was designed and built to educate Escanaba’s residents about space in a tangible way. To see space as a part of our real lives. To find context to understand something larger than anything that could be imagined, providing a unique and valuable scientific resource to Escanaba.